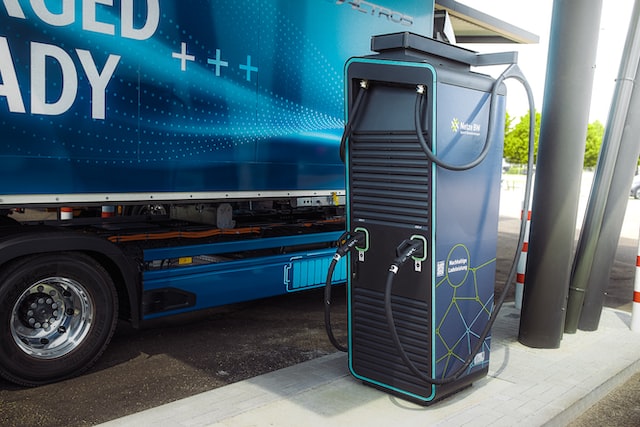 Australians could see their parcels delivered more quietly and with less environmental impact following a $20.1 million investment in building the country’s largest fleet of electric trucks.

The Australian Renewable Energy Agency announced its investment on Tuesday as part of a $44.3m project to create a “Depot of the Future” for parcel delivery firm Team Global Express.

The project will see 60 electric trucks rolled out at the company’s hub in Sydney’s west, in a move experts said could help to cut a “tremendous amount of emissions” from transport in Australia.

The announcement comes less than a week after Tesla launched its first electric semitrailer in the US, and weeks after the launch of eTukTuk delivery vehicles in Australia.

“Our goal is for the heavy vehicle industry to learn from this project as others consider their transition pathway,” he said.

“Operating a fleet of battery electric heavy vehicles will help to address some of the key barriers to adoption, including overcoming the higher upfront purchase price, and uncertainty of integrating electric vehicles into existing operations at scale.”

But she said transitioning all of its 6500 trucks to electric vehicles would be a long-term project.

“The challenge is that nobody has ever really done a trial like this in the world,” she said.

“But unless you take the first step, you’re never going to get to the top of the mountain.”

Ben Haddock, who leads future mobility research at Arup, said the move could make a significant impact on the environment in Australia, where heavy vehicle transport accounted for 22 per cent of all transport emissions.

“The logistics side of transport is something that’s usually forgotten. You click a button and parcel arrives at your front door,” he said.

“The entire supply chain that gets you the parcel produces a tremendous amount of emissions, and a part of those emissions is in the last mile. That’s an important piece to get right in the transition to net-zero and zero-emission vehicles.”

Mr Haddock said electric vehicles were particularly well suited to making deliveries as they were significantly quieter than diesel trucks, able to carry large loads, well suited to frequently starting and stopping, and “drivers love them”.

But he said questions remained about their suitability, including whether range would be an issue for some businesses, and whether they could withstand “extreme temperatures” on Australian roads.

“We are way behind the rest of the world, way behind the game when it comes to electric vehicles. We have made good progress in our first six months in office but we have much, much more to do.”