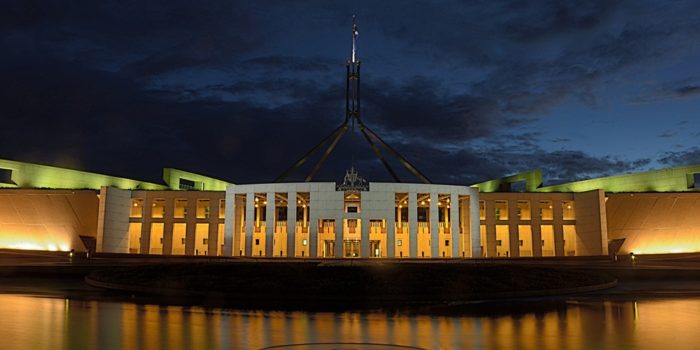 Government finances are in better shape than expected despite massive spending during the pandemic to support households and businesses.

Treasurer Jim Chalmers and Finance Minister Katy Gallagher handed down the final budget outcome for 20201/22 on Wednesday, posting an underlying deficit of $32 billion.

The government brought in $27.7b more than expected due to strong commodity prices and more income tax due to low unemployment.

Outgoings were also $20.1b lower than predicted.

“This was due to delays in the contracting of COVID spending, temporarily lower-than-expected demand for some health and NDIS services, and the impact of supply chain disruptions and capacity constraints on road and rail infrastructure projects and other spending,” the budget outcome papers said.

Take up of COVID business support was also lower than anticipated.

“Australia faces more substantial pressures that will have an ongoing impact on our fiscal position including higher costs of servicing government debt, increased spending on government payments from higher indexation, and underlying spending growth in areas such as NDIS, health, aged care and defence,” he said.

As such, his first budget on October 25 will stick to the basics with some limited cost of living relief.

“The 2022/23 October budget will lay the foundations for the better future that Australians deserve – providing responsible cost-of-living relief, investing in the potential of our people and capacity of our economy, and beginning the hard task of longer term budget repair,” he said.

Opposition Leader Peter Dutton said the government should use the budget to outline a plan to address cost of living pain felt by households.

“If they can’t come up with a plan, Australians will suffer,” he said.

He said Australia’s economy was resilient to economic headwinds on the global stage.

“We can avoid recession here because of the strength of the budget presided over by the coalition over nine years,” Mr Dutton said.